The Gum Nebula over Snowy Mountains 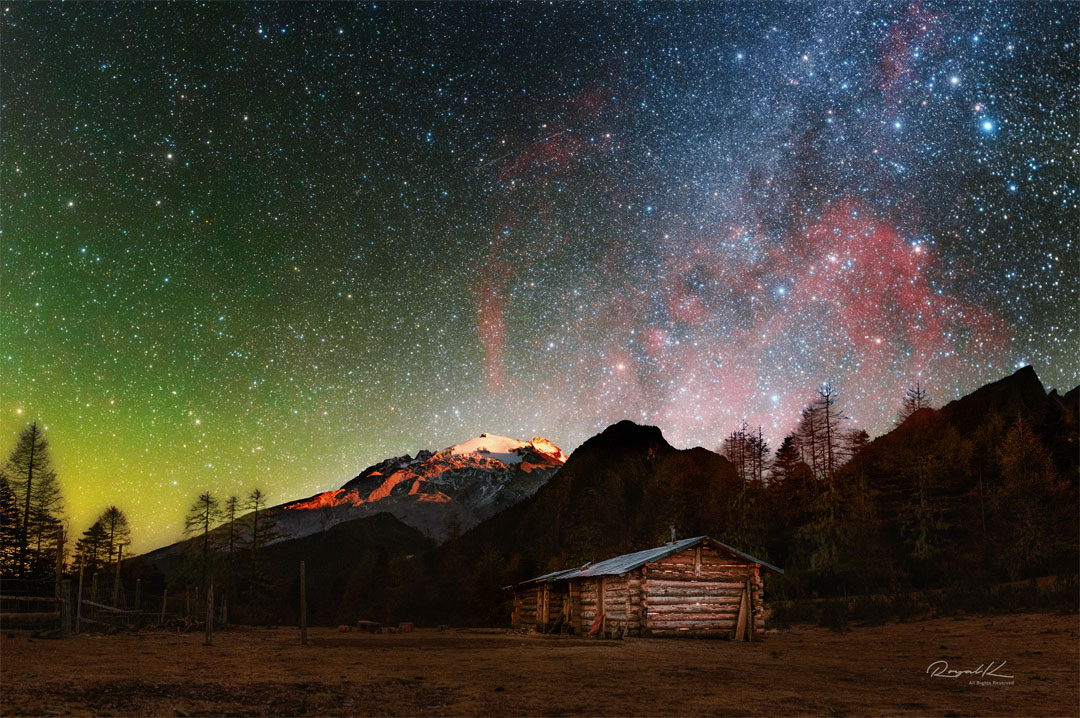 Explanation: The Gum Nebula is so large and close it is actually hard to see. This interstellar expanse of glowing hydrogen gas frequently evades notice because it spans 35 degrees -- over 70 full Moons -- while much of it is quite dim. This featured spectacular 90-degree wide mosaic, however, was designed to be both wide and deep enough to bring up the Gum -- visible in red on the right. The image was acquired late last year with both the foreground -- including Haba Snow Mountain -- and the background -- including the Milky Way's central band -- captured by the same camera and from the same location in Shangri-La, Yunnan, China. The Gum Nebula is so close that we are only about 450 light-years from the front edge, while about 1,500 light-years from the back edge. Named for a cosmic cloud hunter, Australian astronomer Colin Stanley Gum (1924-1960), the origin of this complex nebula is still being debated. A leading theory for the origin of the Gum Nebula is that it is the remnant of a million year-old supernova explosion, while a competing theory holds that the Gum is a molecular cloud shaped over eons by multiple supernovas and the outflowing winds of several massive stars.